The end of 2016 won’t be remembered as the happiest of holiday breaks for our eventing family, sadly noting the passing of Roger Whyte on 27th December 2016 and Rodney (Rodders) Winchester 25th January 2017.

The call up for cross country will be different.

Thanks Marcia Williamson for these prophetic words:

Rodney Winchester, we salute you.

For the truly tireless years of service that you dedicated to the sport of eventing.

For being the logic and calm that we could trust in our moments of highest duress.

For ensuring that the right thing was done by all while retaining your trademark cheek and good humour.

For loving the sport of eventing as much as the riders do and for the mutual respect that creates.

For everything, Rod. For everything. There are not enough words to celebrate exactly how treasured you are to us and how deeply we will miss you.

Feature pic of Rod in action.

Rod Winchester, you were a lion among men and your roar will be missed at events all over the country and across the pond. Whilst your roar may have been silenced, your memory will live on strong here. Our lives our forever richer for having known you and just that bit sadder for having lost you.

Shane and Niki Rose from Bimbadeen Park for anything and everything in the Thoroughbred racing industry or where to buy or train the best eventers.

Horsewerks Bowral for the best gear for horses and riders talk to Laura Wallace and the team.

TBV Equestrian and Rural Supplies for show jump wings, back stands and Woodshield poles and of course our favourite pressure washers, Ellis offers friendly service and great after sales service.

If you need cross country jumps Darryl Burgess from Boonoona Designs is your man, portables or on site, for clubs or your back paddock.

Tamworth Horse Transport offers the very best of care for every horse they carry, throughout the eastern states, N.S.W Queensland and reaching down to Victoria. Phone Michael 0428 667 406 anytime.

The best rugs and accessories of course Bucas Rugs, talk to Alex Townsend or Geoff Spears.

The Venue, the weather and the winners according to Katie Henderson.

2017 has started with a bang and it wasn’t just the noise from the afternoon thunderstorms that pelted SIEC at the Sydney Eventing@ SIEC event on the 17/18/19 February. Well over 500 entries graced the venue of the Sydney 2000 Olympics for NSW’s first official comp of the year. We all know that the weather around Sydney has been hotter than a plate full of Zinger burgers of late so to be doing dressage on the Friday arvo in 40 degree heat with 90% humidity was not exceptional. However the storm that trounced the venue later in the afternoon was exceptional. All riders and horses were herded into the indoor arena, all hatches were battened and basically the pooh got real. Trade stalls were flattened and shredded, trees turned into tooth picks and some riders are still searching

for saddlecloths and ear bonnets in the bush at SIEC. This meant a bit of rejigging of Saturday mornings schedule so that any tests that weren’t completed on Friday were dealt with early Saturday.

Sweating was the order of the weekend, summer uniform was almost compulsory and the food vans nearly ran out of powerade as the humidity climbed. Riders and horses were, as always, honoured and delighted to be competing on such glorious surfaces. We all know there are drawbacks to SIEC – distance from point A to point B being the biggest one. If you are doing a dressage test in the main Olympic arena and the rest of your posse is camped up in the north truck park you can pretty much forget having video footage of your test. The fact of the matter is that it doesn’t matter whether you are in mini junior 60cm or the 3 star you are guaranteed a super surface on which to strut your stuff. The newly refurbished hacking arena surface for the showjumping phase was similarly sublime. Cross country kicked off Saturday arvo with the 60cm followed by the 95cm. Unfortunately the 95cm was held up with about 30 horses to go as Cairns weather again visited Sydney. Thunder, lightning and rain held up proceedings for about an hour as everyone again took cover. See through white breeches and shirts were the fashion ‘choice’ of many thanks to the rain but by that stage all self-consciousness had evaporated and everyone just got on with it so they could get to the bottlo before it shut.

Sunday proved to be slightly cooler especially in the morning which meant all the horses from 105cm up to 3 star had perfect summer cross country weather not to mention absolutely the best going ever seen in oz in summer. Can’t imagine that any horses pulled up unhappy after running on the cross country equivalent of a feather doona. GV Billy Elliott was back on Tim Boland’s Christmas card list after his tantrum at AI3DE by winning the 3 star. Tim completed the double by winning the 2.5 star on Napoleon. Just to make sure the ladies weren’t forgotten, Judy Clarke was top of the podium in the 2 star on her trusty mount Diablito and Mattea Davidson won a 1 star division on Kinnordy Gwendolyn and another cane toad Brett Cantle won the other 1 star on an import, Premonition. All in all it was a huge event run by an enormously hard working committee and group of volunteers in weather that was far less than accommodating.

Next on STR’S agenda is a trip down the Hume Freeway to one of the ‘must do’ events on the calendar, Albury International Horse Trials. All the big names from all the Eastern states (and often a few ring ins from WA as well) turn up here so STR will be reporting live from the scene. Prick your ears for the special guest commentators Jo Brady, Andy Rae and executive producer Kate Gordon.

Make sure you have your early bird subscription activated by then so you don’t miss a moment of the action. There is nothing worse than an overwhelming FOMO (fear of missing out for those slightly less hip people out there)!!  This offer ends in a few days, 1st March, 2017.

If your keen to keep track of the events Sit Tight Radio will broadcast see the events page on our website or our Facebook page. 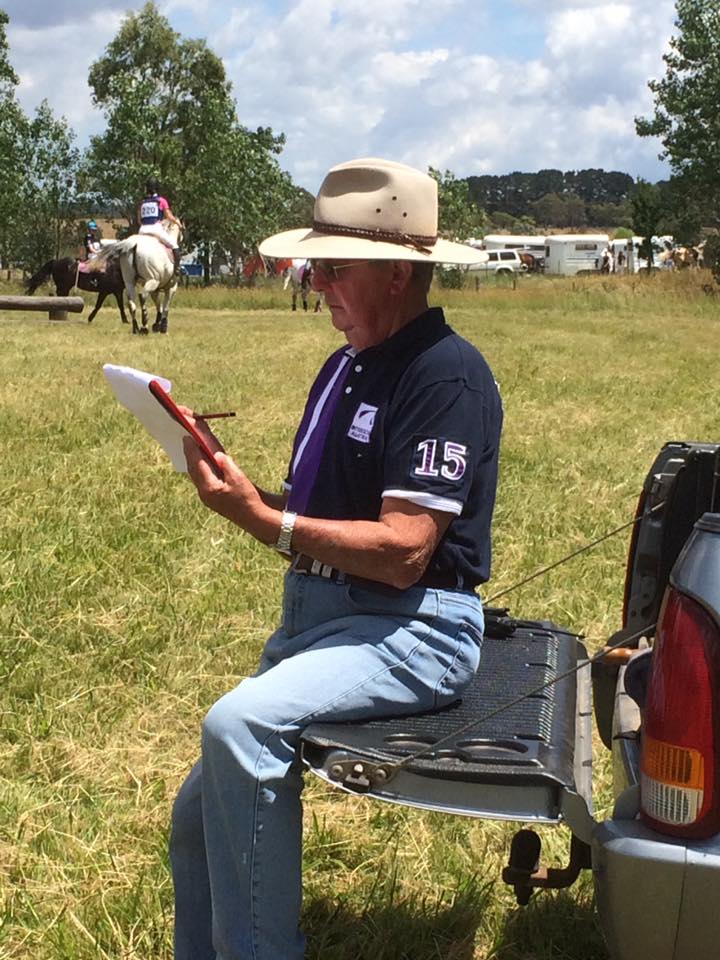