What a year it has been Sittighters!!

Hard to believe it has been nearly 8 months since we did our first live coverage for 2018 from Equestriad but there is nothing like starting the year with a bang.

600 plus combinations, huge entries in all the “Put on your big pants” star classes, 1 star showjumping under lights, a cameo appearance by one of the Sit Tight Radio  founder’s Marcia Williamson and the best piece of real estate in Bicentennial Park to commentate from – The roof of The Swamp Bar!! Not only that but STR also brought its listeners a world first- post cross country interviews on horseback courtesy of the one and only Chris ‘Hoppy’ Hopkins!! Old mate on the clerk of the course horse at the Melbourne Cup had nothing on our STR roving reporter as he got the good oil and the low down on all things Equestriad!!

Next up STR got a start at one of the jewels in the NSW Three Day Eventing crowns, the Sydney International 3DE at SIEC. To add some extra spice to the mix it was one of the last Australian based selection trials/hit outs for THE BIG ONE looming on the horizon, that of course being WEG to be held in the US of A in September. Shane was giving the mighty Virgil a  fun run around in the CNC***, Christine Bates added a 2nd CCI*** winners rosette to Adelaide Hill’s trophy cabinet and we had Shaun Dillon and crazy kid Poppy Gorton as our on the spot reporters. 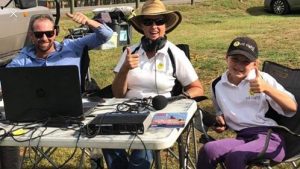 All was looking good in the world of Aussie eventing as Badminton 3DE showed us who was peaking at the right time overseas and of course, more importantly,  STR had the massive and character building job of broadcasting live from Melbourne International 3DE on the long weekend in June. If you thought commentating on 600 million 1 star horses was hard enough, try doing it after spending most of your previous night awake because your hired caravan was, let’s just say, not up to Werribee windproof standards! Despite all this going on behind scenes dressage day saw Courtney Fraser and Jackie Wright offering up their opinions and thoughts on all things sand dancing and we had the one and only “Prudence” Prue Barrett as cross country commentator for the 1 star and 3 star (when she wasn’t lowering the gallop lane ropes for the porta potty chauffeur and being interrupted by Andy Barnett). Lindsey ‘Nairny’ Constable as trot up co commentator and fashions on the field pseudo judge. Michelle Hasibar took the reins for the 2 star cross country to give Prue time to queue up for some hot chips. Talk about a who’s who of Aussie eventing!

Now somewhere in the deep, dark depths of the really dry and surprisingly warm Australian winter and possibly with a few chardys under the belt, STR birthed the idea of doing a broadcast from…….WEG!!! Strings were pulled, favours recalled and IOU’s written and all of a sudden the little Aussie app that could, did!! We went GLOBAL!!!!!

In a whirl wind flurry of activity,  plane tickets were booked, airbnbs near Tryon were sourced, good clothes were packed, team shirts and caps were ordered, Prue Barrett, Lyndsey ‘Nairny’ Constable, Rebel ‘Rebsy’ Morrow and yours truly were on our way. It was WEG or bust and bust it nearly was with a late connecting plane causing Nairny to almost be a late scratching but all the ducks lined up in a row and we  arrived in the land of pick up trucks, 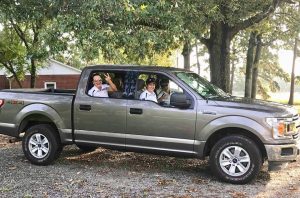 side walks, Walmarts and hurricanes that weren’t.

WEG was amazing. Can I repeat that.. Tryon WEG was amazing! Many many thanks to the team that helped in the making of our Sit Tight Radio Tryon WEG experience, here’s cheers to everyone that gave us a nod or even a wink in an effort to go forward and “have a go”!

Georgia Hawkins, So many thanks for your belief and support.

Paul Biancardi for words of wisdom and undying support.

Ric Serrao, You Da Man! you may not need to know but you are a rock!

Back to the story… Rebsy was roving reporter sticking her microphone in all places where it was and wasn’t wanted. 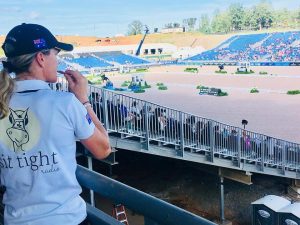 The Aussie riders were up there, the Brits were superb, Sir Mark forgot to apply Saddletite and Ros Canter cantered away with a gold medal. Everyone went back home to their arenas with ideas on how to build a waterfall that could be jumped, no stirrups and German accents reigned supreme and the word ‘Hurricane” had a whole new level of meaning. After a slight case of ‘s#%t going everywhere due to the postponement of the showjumping which meant another flurry of flight changing we all made it safely home. To say thanks to all our listeners, sponsors and family that helped in the making of our “Kelvin Grove Tryon WEG 2018” broadcast seems lighthearted, forever grateful! Thank you thank you!!

The Spring CIC calendar was really getting hectic in preparation for The Australian International 3DE. I decided to stand the other co- commentators down for Lynton and do a bit of solo flying. The STR gazebo was in its usual spot at the Lynton Lane crossing, the blue lounge was back in action and STR was excited to be back amongst good friends. Emma Bishop was the new NSW 3 star state champion on the wonderful CP Issey Myake, Shane Rose did a really poorly planned impersonation of rocket man in the 2 star and it didn’t snow!!

With such a busy competition schedule behind us we just knew that we had the runs under our belts and a good fitness base to make one last push towards Adelaide International 3DE 2018.

Adelaide is really is THE EVENT to ride at and be seen at. Such a big event STR was lucky to snaffle a great variety of personalities to commentate. Emily Bennett an Adelaide local, dressage chic chick and fashun-ista had her STR  cherry popped on trot up day and then backed up for a bit of 2 star dressage commentary along with a star turn from Wayne ‘Patch’ Roycroft. The 3 and  4 star saw Nairny back in work after going to the spelling  paddock after WEG.

Cross country day had a steady stream of knowledgeable people come and go from the microphone in the STR tent (which happened to be very conveniently located 20m from the Pimms bar!!). The early running was taken up by Hendo with her road trip sidekick and former Olympic level groom Dan Power who both  then morphed into roving interviewers in the cool down as the day wore on. Simon Tainsh took over the reins once his lovely wife Jessica had conquered the 2 star track on ‘Punchy” Punching In a Dream and Carlene (mother of Golly’Sir Mark Todd’ )Barton stepped up to the plate for the 4 star big guns. Of course we cannot talk about the 4 star without mentioning the eventing equivalent of Stephen Bradbury, that being Emily Gray from WA and her frustratingly naughty but talented Jocular Vision! We are sure Emily was in no jocular mood after his dressage test on Friday but before the close of business Saturday she and Pedro were alone at the top of the scoreboard! The usual 50 penalty Adelaide protests got under way overnight and by Sunday morning Emily was back into 3rd but still it was a great story!!

3 star cross country saw the one and only Mr Heath K Ryan sharing his enthusiasm with listeners along with Prue Barrett also having  a start after WEG Tryon.

Truly Adelaide is a 3 day event  for riders, horses and spectators so showjumping day was always going to require courage, skill and determination from all involved. Digging deep was required but Hendo, Dan and I were front and centre for the 2 star showjumping. Winner winner chicken dinner was Shane Rose’s mantra as he took out the 2 star on Easy Turn (Tina) and then the 3 star on Ultimate Velocity. Simon Tainsh again joined us for a bit of 3 star commentary. Then it was up to the 3 wise women to commentate the 4 star. Of course those being Prue, Carlene and myself!!! Hazel Shannon and Clifford take a bow as you were again sensational. A proper and apt Aussie finale to the year with the girl from Far North Qld and her OTTB taking the title for the 2nd time.

Now to finish off by thanking our VIP’s, of course, our sponsors throughout the year: 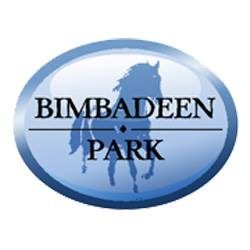 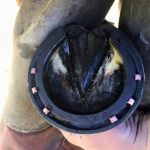 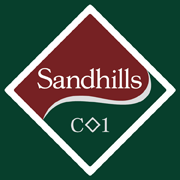 Thank you all for your support of our broadcasts.

Huge thanks to all our commentators, fact finders, reporters and listeners. 2018 has been a great year for STR due to each and every one of you.

Wishing everyone a safe and happy Christmas and a fabulous and fun 2019! Keep your ears pricked for the “Early Bird Subscription” offer to start off 2019. 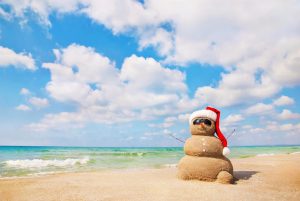